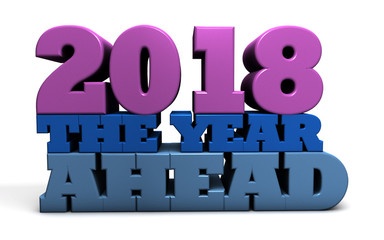 in the form of blogs, articles, podcasts, and other assorted media, predicting the future and providing business leaders with prophesies to base their decision-making on during the coming year. Among the many things you will read and hear about are the painfully obvious including the continued emergence of artificial intelligence, the endless expansion of ecommerce, and of course the ever-present geopolitical issues that lead the news headlines every day, yet seem to have very little impact on the health of the global economy in 2017.

A much more difficult task is to research and come up with the important but not very obvious trends that will impact business leaders in 2018 and beyond.  Based on hundreds of conversations with business leaders, research, and my own observations, I present my take on the top 3 important and not very obvious trends that we should all be aware of and plan for.

The talent war will reach a critical state

While market disruptions, currency fluctuations, and increasing raw material costs will be important and should be top of mind in 2018, the biggest and most not-so-obvious challenge to business success will be a lack of talent and the inability of companies to attract, acquire, develop, and retain employees. Strategies will fail, customers will be dissatisfied, and many companies will go out of business not specifically because of a lack of execution but because of fundamental lack of great talent.  One executive I spoke with recently shared an interesting quote, “I’ve never been in a company that has so many supposedly smart people who don’t know how to do anything.”  Unfortunately, it’s a comment I heard many times during the year.  Because of time pressures, cost pressures, and a lack of alignment between HR and the business, employees received less training in 2017 than ever before and it’s a trend that is increasing and will result in a critical state during 2018.  Smart business leaders and empowered HR professionals will listen to the signals and will invest in Business Acumen, Business Leadership, and Strategic Business Selling learning initiatives to create distinct and competitive advantage.

Data Analytics will become paralyzing to the undertrained

A few years ago, “Big Data” was one of the biggest trends and the evolution of big data has been the advent of data analytics. Data analytics is a process of understanding and examining information (data) in order to draw conclusions and make decisions. Data analytics and analytics technologies have been commercialized into software systems and other tools that enable better informed decision making with facts rather than intuition. The challenge as I see it is that the decision makers have become overwhelmed by too much data, too many tools, and biased information while at the same time losing the critical skills to know what to do. For example, I was recently speaking with a senior executive at a global consumer products goods company and she was explaining to me that the level of leaders below her are afraid to make decisions because they can’t discern the nuances of the data and they don’t’ have the specific skills (or “courage” in her opinion) to make any decisions for fear of being wrong. “We are either going to have machines replace these people or we are going to be stuck as a dying legacy company unless we figure this out as soon as possible of not yesterday” she said.

Anyone in Marketing knows that “the disruption” is already passé.  Digital media and other tools have long surpassed the spend of traditional advertising in many areas except for live sports but that changing dramatically as well as noted by the decrease in NFL view ship by another 7% this season.  I was recently introduced to a new disruption to digital marketing not by an executive, but by a 15-year-old kid I know who lives by every world and action taken by a super awesome video blog king named Logan Paul.  I had never heard of Logan Paul but it turns out he is a 22-year-old millionaire who is still growing in influence and marketing impact. His videos on Facebook have had more than 300 million views and he has become a spokesperson for Pepsi, Hanes, and HBO.  Comcast recent purchased his short-form digital TV show.  Why all this attention and money? Because of the storytelling.  Logan Paul shares stories about his life and interests and has created a mass following. If he says a type of soft drink is good, then all his viewers will think it’s good. He’s able to reach targeted and critical audiences in ways that traditional and current digital marketing can’t and that is worth gold to companies dying for new outlets and ways to reach consumers.