Anticipating and Deciphering the US Industrial Production Report 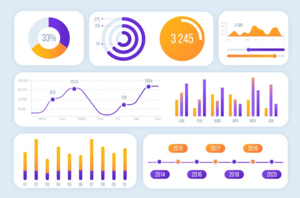 significant economic recession. As many of our readers of this blog work in large businesses, I wanted to take some time to enhance your Business Acumen and share some data insights and potential implications to your decision making as we anticipate and decipher the US industrial production reports that will be released on Wednesday and Thursday.

An economic recession is a business cycle contraction when there is a general decline in business activity and output. In our modern, global economy, recessions generally occur when there is a widespread drop in spending and production which is measured by the Gross Domestic Product which is the sum of all products and services sold in a country. Over the past 75 years, the recessions in the United States have been triggered by extraneous events such as wars, resources crisis (oil), financial crisis (dot.com bust and oversold mortgages), weather, and now a health pandemic. When the GDP contracts for two consecutive quarters it is considered a recession. If there is also a significant increase in unemployment, then governments can declare a recession after just several months.

The typical tried and tested ways of getting out of a recession are increasing the money supply through government backed spending (it literally pumps cash into the system, and tax cuts which typically spurs additional spending by businesses and individuals. There are inherent dangers in these remedies that must be considered and balanced. For example, a government can’t just “print money”, they need to borrow it which creates more debt and interest payments.

There are two significant metrics to review, the monthly GDP and the overall capacity utilization. The data for March shows:

Based on my analysis and modeling, I am predicting the following:

This data will be bad and hard to accept, but we must acknowledge the reality we are in for the foreseeable future and make the most of it. Sitting back feeling sorry for yourself will accomplish nothing.

3 Business Acumen Insights to Watch For

As this data gets disseminated into your organizations, the initial reactions will be to panic and cut costs. Cutting excess expenses is one thing, cutting into the core of the business is another. Using business acumen skills, you want to be armed with the data needed to deflect cuts to these critical areas:

For many businesses, R&D is the lifeblood to the future. In discussions with leaders thinking about cutting R&D, you want to emphasize that future revenues and profits will be driven from your R&D investments of today.

This is sales and marketing. In times of financial crisis, businesses should be investing more in sales and marketing to acquire and maintain customers. In discussions with leaders thinking about cutting SG&A, you want to emphasize that future revenues and profits will be driven from your SG&A investments of today.

Without people, there is no business.  As your organization matures and people start retiring, it is critical for businesses to start replenishing the talent pool. It’s too easy to push off new hiring until after the crisis is over because when the crisis is over, you want to be in a position of taking advantage of the new opportunities. Every day of delayed hiring will mean a delayed day of future revenues and profit.

In summary, the next few weeks will be harder than the last few weeks as the realities of the situation play themselves out in the economic data.  Having the right Business Acumen skills will help you make the right decisions and engage in the right discussions.