Last week, one of my dearest talent development clients asked me to talk to the General Manager of 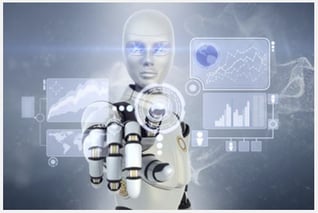 one of the divisions within her business as part of a fact-finding mission.  He came to her asking for some sort of “workshop on Leadership” and requested “something that’s not just lecture, but has some fun in it.”  Being the world-class professional she is, my client engaged with her internal leader to try to identify exactly what he needed so that she could help him find a solution. Knowing he wanted something “interactive” she called me to brainstorm with him.  It turned out that the new leaders on his team were struggling with providing basic coaching and feedback to their direct reports.

This discovery process between Talent Development and Line Management is a typical archetype.  The Line Manager business leader who is strong at the nuances of his highly technical business wasn’t able to articulate what kind of “leadership development” his team needed, so he was grasping onto a few concepts like “interactive” and asking for “some sort” of workshop that would satisfy “some sort” of undefined need or outcome. In other words, he was struggling to articulate the need for coaching skills. This scenario occurs millions of times a day around the world… and the results are poor.

A Peak into the Future

Now, imagine a day where business leaders, talent development professionals, and an entire organization are able to gain insights and intelligence about every potential learner in the company from HR tools, HR analytics, and other existing enterprise platforms to drive corporate learning initiatives.  In this world, the learners can access individual, customized learning journeys that provide optimal learning experiences and content that adapt to both the business strategy and the learning styles of each person.  Imagine the acceleration of onboarding, developing business acumen skills, leadership skills, and selling skills that would actually maximize an organization’s investment in HR and deliver measurable and tangible results.

In this future, learners can enter the system when they need learning and exit it to work on their own with interactive tools that are based in artificial intelligence (AI) to give the learners exactly what they need when they need it.  All learning types ranging from visual learners to traditional classroom-based learning to experiential learners will be given the opportunity to optimize their experience and two learners who have the same need and participate in the same training will have completely different experiences which will yield the same positive business results.

That Future is Starting Today

The tools I referenced above now exist and the data is being mined and turned into solutions.  For example, let’s look at a Financial Services organization conducting an organizational assessment on the culture of coaching within their organization.  We have designed a short scenario that is driven by a tool called a ‘SimBot’ which is based on an AI business simulation-based platform. The SimBot is a character playing a role in a scenario and her name is Ellen.  Ellen works on a team with 5 other contributors and is known for her abrasive personality. But she also gets the job done. She once said in a meeting when people were complaining about her that “If you want to make an omelet, you need to break a few eggs” and that’s the style she has for pretty much everything.  Ellen recently had an uncomfortable argument with a member of the team over the use of a conference room and a meeting that ran overtime with a customer. She came into the room with a loud voice asking “Theo” to get out and chastising him for yet again using unsecured resources.  But this was a tipping point because there was a customer on the phone who got upset at the conflict.

Every leader in the company was asked to provide a coaching conversation with the AI-based training SimBot Ellen and the results were instantly turned into a dashboard that demonstrated the levels of competence across the organization in an instant.  From there, unique and individual development plans to close coaching gaps were developed. Some people were given eLearning programs, some were sent to a half-day workshop, some were provided with an online leadership simulation, and all were provided with another Ellen SimBot scenario to practice enhanced skills. In the second Ellen SimBot scenario, a coach was also built in to help the learner develop their coaching skills even further.

I believe this is a blueprint for future talent development in many areas including leadership and sales.  The future is here and the future is going to be amazing…