How can the Beatles and Mel Brooks, who started their careers in the 1950s, and had long 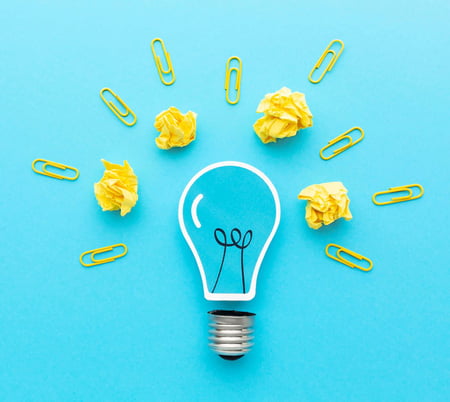 careers through multiple decades, provide insights into breakthrough innovation in 2022?

Over the past few weeks, I completed watching and reading three epic and fascinating pieces of entertainment; The Beatles Get Back on Disney+ a video chronology about the Beatle's last concert, “All About Me” a book by comedian Mel Brooks that chronicles his life in show business, and Paul McCartney – The Lyrics, an incredible book written by McCartney that provides the most intimate insights and details about the origins of more than 150 of his most influential songs. At first glance, you most likely wouldn’t think there are a lot of similarities between the four lads from Liverpool and a funny little kid who grew up in Brooklyn, but the more I watched and read, the more parallels I saw, and most importantly the more lessons about world-changing breakthrough innovation I learned.

How is it that Mel Brooks at 95 years old and Paul McCartney at 80 still have relevance and are still performing their crafts all these decades later? Because they are relentless innovators!

The video series and books shed interesting light on what it takes to be a breakthrough innovator and as I watched and read, I took notes on what truly differentiated them. I think the five primary similarities stand the test of time and are great insights for leaders and individual contributors looking at what it takes to create breakthrough innovation in 2022 and beyond.

You must really want it

The first thing that you notice when you study Paul McCarney and Mel Brooks is they come from humble beginnings. They both have claimed they didn’t know they were poor, but they were poor. However, they had talent and they had something much more important, desire. They wanted “it” and they wanted it badly. Their entire lives and purposes were completely consumed with the drive for being successful and it is still something to this day that keeps them both going.

There is no such thing as no

The word “no” doesn’t exist in the vocabulary of breakthrough innovators. The history of the Beatles and the stories of Mel Brooks are sometimes cringe-worthy when you think about the things they had to do to gain those “10,000 hours” of practice that put them at the top of their professions. The Beatles doing those early shows in Hamburg and Brooks doing standup comedy as a teenager in the Catskills give them the foundation to grow and innovate. The lesson for today is you can’t skip that step. You need the courage to fail, the resolve to keep trying, and the intelligence to keep ushing to the breakthroughs.

Watching McCartney write a song and Brooks write a joke followed the same template. It takes unyielding focus and time to reach perfection. In the video documentary, McCartney and Lennon would spend countless hours, many times to the frustration of George and Ringo, with the same words and melodies trying different beats, timings, instruments, and anything else they could think of to reach their goals. They never took shortcuts and the only thing that ever mattered was the music. Brooks did the same thing with the way he wrote jokes for his act and in all the many movies he wrote and produced including, The Producers, Blazing Saddles, and Young Frankenstein.

You still need to have a team

While McCartney and Brooks can be called geniuses, they didn’t do it alone. McCarney had the rest of the Beatles, and then later Wings. Brooks started as a team writer on Sid Caesar’s Show of Shows, partnered with Carl Reiner on the 2000-year-old man, and then many writers, directors, and producers on his movies. They both knew that they needed others to be successful and even though they were the stars, they were caring and giving teammates that nurtured the people who nurtured their breakthrough innovations.

Both McCartney and Brooks did everything possible to keep their teams and gigs together. In the documentary, there are heartbreaking moments demonstrating how hard McCartney tried to keep the Beatles from breaking up. Brooks did the same, trying to keep his shows and the writers together at all costs. Both never sought to discard their existing situations because they thought the grass was greener on the other side. Breakthrough innovation happens in familiarity, not in places that you think are better than what you have.