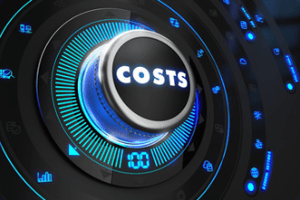 someplace or in a drawer long forgotten is a poster or plaque that has some sort of instructions about how to conduct an effective meeting.

The typical approach to having an effective meeting is to make sure there is an agenda, objectives for the meeting, a note taker identified, and a place to write action plans and next steps.

And of course, all of that is good stuff because most corporate employees are good citizens and want to do the right thing and most people understand that effective meeting management is good for business as it optimizes time and resources.

Until some senior manager starts complaining about too many people in too many meetings.  Like a leadership scenario I recently created for one of our latest Business Acumen simulations.

In this simulation scenario, or as our client likes to call it, a “Wobbler,” Jack Geko is the CFO of a large manufacturing company.  He’s on his way to his office when he notices a large meeting containing a cross functional team of about 20 people.  He races to his office and fires off an email to the CEO complaining about the meeting:

“I couldn’t believe what I saw. There were 20 of them in there and it looked like at least a two- hour meeting. Do the calculations and you will understand why our margins are slipping. Let’s say the average fully loaded salary of each person in there was $132,000.  That equates to about $100 per person per hour. So that little meeting cost $4,000. We have a big problem that needs fixing”

Based on Jack’s email, the CEO sent notice to the senior leaders to be more careful about having too many meetings which got everyone riled up.  At the next staff meeting, the head of R&D shared some thoughts on the subject.

“I want to talk about something that’s got my team rather upset.  The email about too many people in meetings came across as too harsh and people feel now that we don’t trust them. We need to be careful not to overreact to these sorts of situations. And to prove it, I’m going to run an experiment.  We have two new products going into design and development and I’m going to have the teams follow different paths. The first team, developing the new product Whiz, is going to follow my process of the entire team at the kick-off and then most of the team meets regularly for project status, weekly updates, and general alignment. The second team, the Reach Product team, will follow this ‘smaller meeting’ approach. We will have just the leads at the kickoff and then they will push down any information through emails and smaller sub-team meetings when necessary.”

The learners going through the simulation must choose which option for meetings to take based in cost and leadership preferences. They then live with the product launch outcomes.

In terms of revenue and profit, the results were startling:

Whiz and Reach were products in the same category with similar characteristics. So how and why did Whiz end up selling more units, generating significantly more revenue (Reach had to discount heavily) and having almost no Operating margin.  The answers included:

In the simulation, the answer to why Whiz did better refers back to effective meeting management. In the larger meetings that were cross-functional and where, despite the size, everyone listened and participated in, the product was better designed and better supported by all the functions of the company who felt emotionally connected to the product.  Reach, which relied on less big meetings and smaller department meetings, was basically a failure because every aspect of it was disconnected.

Debriefing this scenario is always enjoyable because it teaches being contrarian and challenging the orthodoxies.  Cutting costs can often time be foolish in the system of business. In this situation, saving a couple of hundred thousand dollars by forcing people to meet less resulted in the loss of millions of dollars of profitable revenue.

And that’s the system of business. Business is a series of interrelated systems that depend on each other and unlike a spreadsheet that had simple, one-to-one correlations that system of business, much like a business simulation requires a lot of skills and forethought to win.