Creating a Culture of Innovation? Challenge the Status Quo 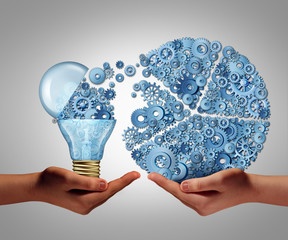 Which is a huge mistake and missed opportunity for leadership and business success.

A culture of innovation is based on five critical elements:

Over the past 20 years, I’ve had the chance to work with some of the world’s best and not-so-best-companies and one of the patterns I’ve noticed is the inability for leaders to teach employees to challenge the status quo.

Challenging the status quo is defined as asking “why” and then identifying new and better ways of doing things.  For example, in 1975 a young engineer at Kodak by the name of Steve Sasson invented the first digital camera.  It was clunky and crude, it didn’t use paper and chemicals, and best of all it was “electronic.”  Yet the leaders within Kodak refused to challenge the status quo and ask hard questions such as “Is there a better way of capturing the most important moments of life without taking a film cartridge to a camera shop?”  There are hundreds of other similar stories about companies that went bankrupt because they couldn’t and wouldn’t create a culture that challenged the status quo.

The reason I ask why is to see if there are lessons to be learned that everyday leaders can benefit from and use to create their own culture for challenging the status quo.  The following are based on my personal observations and beliefs.  I present the reason and then a recommended leadership solution:

They don’t think it’s their job

The most common reason for not challenging the status quo is because employees don’t think it’s their job.  They come to work, do their 9-5, go home, and repeat it while collecting a paycheck every two weeks until they leave for a better job.

Solution: Make it their job!  Include challenging that status quo as part of their job requirements and measure them on it.  Have contests for new ideas and new ways of questioning everything.  Let people know that if their challenge turns into an action of change, they will be rewarded.

The next most common reason is driven from job security.  Challenging the status quo could mean putting yourself out of a job.  The leaders of Kodak who made and sold all of that paper and chemicals didn’t challenge the status quo because turning into a digital camera company could have put them out of their jobs or worse yet, reduce their kingdoms of people and powerbases.

Solution: Make them insecure in their jobs if they don’t challenge the status quo.  Make them uncomfortable being comfortable.  By including challenging the status quo as part of their jobs, and holding them accountable, they will understand what job security is all about.

The final and most disturbing reason is that they don’t care.  They are simply not committed to the company and their jobs and they don’t ever want to challenge the status quo because it’s not the slightest bit important to them.

Solution: This solution is easy; exit them as fast as you can.