Is the Great Resignation Forcing Leaders to Tolerate Poor Performance?

The participants going through a virtual workshop featuring our new Coaching business simulation were having a hearty debate about the results from one of the complex scenarios. “I don’t know if that is still the best practice anymore, so I am going to disagree. I have found out 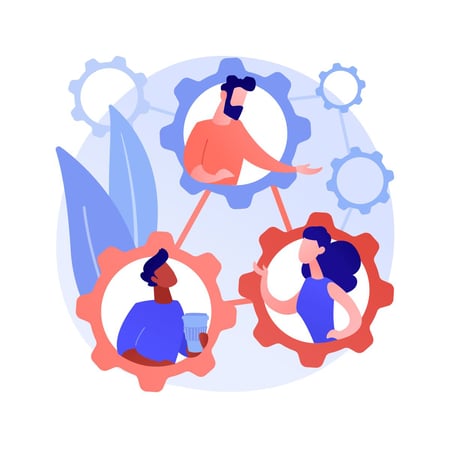 the hard way that you better be very careful these days about giving strong feedback to people because they might just quit on you.”

It was an interesting conversation among 26 participants and the conclusions were evenly split. Half the group felt that everything in the business world has changed and because of the great resignation, too many leaders are tolerating poor performance instead of providing coaching and feedback that could cause employees to quit. The other half of the group said if an employee wanted to quit, they are going to quit regardless of getting negative feedback for poor performance.

In my opinion, not providing coaching and feedback to employees because you are afraid they are going to quit is absurd. That’s no way to run a team or a business. It may sound old-fashioned, but the most successful companies in the world have a strategy, set goals and objectives, hold people accountable for performing, and give coaching and feedback to help them stay on target and achieve success.

As the conversation went on, we quickly discovered the issue really shouldn’t be about doing things so they won’t quit, but rather doing things to create an environment where they would never think of leaving. I’d much rather have a poor performer who cares and wants to get better than an average performer who quits when things get a little tough.

Based on our research, interviews, and surveys, we put together this list of five things leaders should be doing to make sure your employees want to stay and more importantly want to perform.

I find it almost incomprehensible that companies are “making” their people go back to the workplace. Most people don’t want to do that and will quit if they are forced.

Create an environment of belonging

The past few years have been tough, but it has also created a different and unique environment of belonging. Many businesses looked at the pandemic as an opportunity to reimagine their culture and those who have embraced belonging are thriving. Leaders should do everything possible to let their people know they all belong.

Being promoted doesn’t have the same cache as it once did because you aren’t picking up the family and moving to that next big job. What key employees really want are opportunities for growth. In a remote working environment, the allure of moving is gone so it must be replaced with the allure of interesting and stimulating growth opportunities.

Support an environment of increased trust

In an environment where people don’t physically meet to work together, trust becomes one of the most important parts of the new workplace. As leaders, we must encourage more trust and reward it when we see it.

Value people with humility and transparency

The age of BS is over. Poor performers can no longer charm their way out of difficult situations with lies and platitudes. People want to be valued and one of the best ways of doing that is to create an environment of humility and transparency where people genuinely trust each other and want to work together.

In summary, the great resignation is very real, and you have limited choices. Doing nothing and hoping you don’t lose half of your company is not a strategy. Thinking about the things shared here including providing better remote working options, creating a sense of belonging, increasing opportunities for growth, supporting an environment of trust, and valuing people with humility and transparency will make a huge difference.