Can Under Armour Recover their Product Leadership Strategy?

You are Under Armour. Your business strategy is Product Leadership. Your tagline is “To Make All Athletes Better.” You spend hundreds of millions of dollars in research and development to overtake the powerhouse brands: Nike, Adidas, and Reebok. You invest in marketing with celebrity endorsements and product placement to become a player in your market. You are selected to provide the ultimate world-class elite athletes – the US Olympic team – with the performance apparel they will wear as they compete for gold. A success on this stage could quickly skyrocket you to the top of the industry.

And then the unthinkable happens.

Your product leadership doesn’t work. Your speed skating suits are a total, unmitigated disaster. The athletes are losing badly and start saying that the new suits are actually slowing them down! After a bitter weekend of the back and forth blame-game, you decide – along with strong encouragement from the United States Olympic Committee – to scrap the new suits and return to old ones. Some of the athletes take their old Nike suits and paste the Under Armour logo on them. All of a sudden you go from being the darlings of Wall Street to the laughing stock of the Olympics.

In other words, you have just made those horrendous Ralph Lauren sweaters look good. 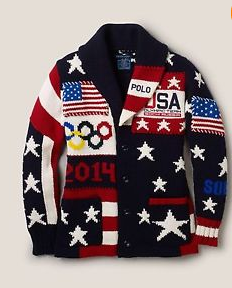 For some of the athletes who have dedicated years of their lives preparing for this competition, there will be another day, another race. For others, this is it and they will never compete again.

So what’s going to happen Under Armour?

From a financial perspective, Under Armour had been doing very well. Revenues are about $700 million (up 35%) and profit is about $64 million (up 27%). Compared to Nike – $6.4 billion in revenue and $550 million in profit – Under Armour has a lot of catching up to do, but the company has been systemically doing the right things to grow the business and challenge the industry mega-leader. Now, the future is in doubt. Strategically, what can Under Armour do to mitigate this disaster?

What are the best practices? What are the Business Acumen lessons we can learn from Under Armour’s mistakes?

After reflecting on the chaos of the situation, the Advantexe team pulled together a few thoughts:

The easiest – and worst – decision that Under Armour can make is to say, “It’s the athlete’s fault, the suits were great.” You can never win by blaming the customer, so don’t go down that road, even if you believe it to be true. The temptation will be even stronger given that the US speed skaters have performed even worse since changing back to old suits. There is something wrong, and blaming the skaters will make the disaster worse.

By definition, Product Leadership is all about being on the “bleeding edge.” Sometimes new innovations don’t work perfectly right away. Under Armour has a chance to solidify its strategy by acknowledging that in the quest for innovation, the product came up short, and committing that the company’s world-class designers, engineers, manufacturers, and testers will find out why and make sure that the technology works in the future. It is critical to note that they are not “taking blame” and giving up, but telling the world that innovation isn’t always perfect. They might even throw in examples of great innovations that didn’t work the first time, such as the Apollo program that had a couple of bad mishaps before ultimately winning the space race.

Obviously there is something wrong, either from a technology perspective or an emotional/perceptual perspective. The athletes were complaining that the suits get too hot and don’t have the right ventilation, which is an issue that can be solved with further modifications and testing. Under Armour needs to complete this development and share with the world what the problem was and how they are fixing it. The “ostrich strategy” – sticking your head in the ground and hoping it goes away – will not work, and could ultimately destroy the company.

Create a new perception over time

If Under Armour doesn’t create a new perception, they will always be known as the company who made the suits that lost the Olympics for the speed skaters. Marketing solves a lot of problems, and they have a lot of problem to solve. They need a great campaign and they need to spend money. They also need to understand that it won’t be an overnight thing. This marketing strategy will need to last for years…or until the next Olympics, when they can (potentially) redeem themselves.

Continue to focus on the good; internal people will need it

For the next few months, Under Armour needs to focus on maintaining a positive internal culture. Following a big issue like this one, it’s easy for an organization to turn inward and find anywhere to place blame. It’s important to look for and acknowledge the great work that is still being done all around the company and to focus the message on product leadership and performance. Effective leaders stay “above the line” in situations like this by acknowledging the reality of the situation, seeking solutions, making things happen, and focusing on the positive to help drive success in the future.