How Goodwill is Creating “Badwill” in Corporate Finance

It’s inevitable. One of the very first questions always asked in a foundational Business Acumen 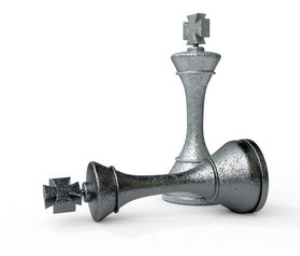 learning workshop is about the concept of Goodwill.

Thirty years into this job and I’m still not sure why it’s a thing for many middle and senior level people who aren’t in Accounting & Finance, but it’s definitely a factor.

The concept of Goodwill in corporate accounting is a simple enough idea to follow: When Company A purchases Company B for a “premium” over “book” value of the company (what the company is worth on the book in terms of assets), the difference is accounted for on the Balance Sheet as Goodwill.  Just last week, we were running a digital business simulation workshop for a Pharmaceutical client when Company A and Company C started to contemplate a merger.  They had complimentary strategies and therapeutic portfolios, but Company A felt like their market value was a lot higher than what Company C thought it should be, since they had been investing billions into R&D and the future pipeline.  Even though Company A’s market value was $37 billion, the shareholders were demanding $50 billion.  They eventually settled on $45 billion and the difference between the $45 billion that was paid and the $37 billion which the company was worth - $8 billion – was considered Goodwill.

In the “real world” it’s much more complex, and the issues related to the accounting of Goodwill are starting to cause significant challenges that must be addressed.  The Financial Accounting Standards Board (FASB) is the organization that sets all US accounting standards. Many executives of large global companies have been complaining that the old rules and regulations about Goodwill are unfair and have created more costs and losses in productivity than anyone ever anticipated.

The primary issue that publicly traded organizations are upset about are the rules on amortization and impairment.  A few years ago, FASB changed the rule of Goodwill for private and non-profits to amortize their Goodwill and remove it from their balance sheets in a reasonable amount of time, such as 5-10 years. The math is easy, just write off one fifth of the Goodwill each year and before you know it, it’s all gone, and the balance sheet is healthy.

However, publicly traded companies must follow different rules. Publicly traded companies keep the Goodwill on the Balance Sheet and must update it every year. This is called impairment. In the example I shared earlier about the simulated companies, let’s say that after the second year of the deal, Company A’s market price (and stock price) plummeted due to several failures of products that didn’t get to market. Suddenly, and in the blink of an eye, their value has dropped from $45 billion to $20 billion. We, the merged company, would be responsible for restating the value of the Goodwill and make an impairment to the Balance Sheet. Which happens.  But what if the following year, one of the products they were investing in has a clinical breakthrough and is now considered a potential blockbuster 5-10 years down the road?

Well, the asset must be revalued yet again, but you are also dealing with a high level of uncertainty and subjectivity.  Who is to say what the Net Present Value of Future Discounted Cash Flows (a driver of stock Valuation) is 10 years after launch, which is still 2-3 years from now?

If there is one thing that we’ve learned about corporate finance it’s that as soon as you start bringing subjectivity into the equation, rules and logic don’t matter anymore and things get extremely messy. Quickly.

Over the next several months, FASB is going to look at all the rules and try to figure something out that is reasonable and fair for all.