The Danger of Relying on “Pent -Up Demand” Post-COVID-19

Most economists will tell you that the best way out of a recession or depression is taking advantage of “pent-up demand.” Pent-up demand is defined as an economic situation when consumer and business 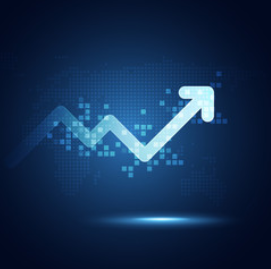 demand for products and services is unusually strong following a period of decreased spending.

Despite the potential catastrophic economic situation about to impact us all, there is a prevailing feeling among the politicians, bankers, and economists that after the health crisis passes, things will be “back to normal.”

From a 2020 Business Acumen perspective, I am not so sure…and to all the followers of this blog there are several important things to consider and plan for.

When we build our complex Business simulations, we start at a macroeconomic level. At this systemic level, total market demand only tails off when a product or service starts to reach maturity in the product life cycle, but for the most part, entire category demand grows over time driven by population growth and inflation growth. Consumers in these markets will simply defer from making buying decisions until after the recession/depression when they are feeling confident about the economy and their ability to spend disposable income again.

This process of delaying purchases results in a backlog of demand that suddenly explodes the markets when there are two quarters of growth in a row and then the economic recovery is driven by the pent-up demand setting up future growth and prosper such as the post-2008 financial crisis.

Here’s where it gets interesting.  In typical and historic economic cycles, pent-up demand builds during a recession/depression as consumers and businesses save money.  However, there is a significant amount of data that shows the most recent economic boom was driven by overspending and debt spending with a belief that things could never get bad again. Think about a person who was 12 years on in 2008; in 2020, that person is 24, in the workforce and living a life that never knew anything but intense prosperity and growth.

Here are three areas of concern that should be thought about when thinking about what the economy will look like when we come out of this economic crisis:

The Big 3 Spends Won’t Save Us

In recessions of the past, when there was significant pent-up demand, the housing market, the automobile market, and durable goods (washers, refrigerators, etc.) were the driving force of recovery. But a lot has changed since 2008. Urbanization and younger people wanting to live in apartments in cities has caused a shift in the way people live and spend on homes.

The same goes for automobiles which has been in a recession for several quarters in a row. Again, the next generation is living in cities and not buying cars utilizing Uber and public transportation.

People Will Save Money for the Next Rainy Day

With things going to well over the past half-decade, people really began to think the economy was invincible and there was no reason to save for the rainy day.  Well, the rainy day is storming, and there are too many people left without a lot of cash or savings.  I think this is going to be a huge lesson for an entire generation and they will cut back on too much spending and debt spending.

We Will Turn Our Attention to Sustainability

In summary, the laws of business, much like the laws of physics, are proven and predictable.  Matter can’t be created and too much wealth building will eventually end in some sort of correction. The correction is here, and we must now take our lumps and use our Business Acumen skills to recover and move forward.