Last week, right before the Labor Day Weekend break, I wrote a blog post with a focus on helping our 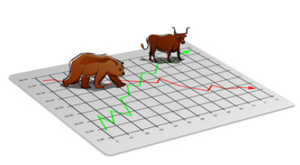 readers focus on 5 business acumen skills to survive a recession. I received a lot of positive feedback and even spent several hours working with an executive from one of our client organizations to develop a workshop he wanted to lead taking the learnings from the blog and apply them to their global chemical manufacturing business.

As a follow-up to that blog post, I wanted to stay on the same topic as a couple of significant new developments that have occurred over the past few days that are going to require even stronger business acumen skills and decision making.

Within the past few days, there have been two very loud economic signals that business leaders should pay attention to; person consumption through retail spending is up and US manufacturing is down.

Personal Spending Continues to be Strong

My first graph presents data that illustrates 5 straight months of personal spending increases month over month and 17 out of 19 months during the last year and a half.  At the macro five-year level, you see only 6 minor down growth months in the last 60.  That is a sign of a very robust economy that will only slow down if something catastrophic happens.

As I mentioned in the blog on how to survive a recession, the only real threat to the economy is something catastrophic happening such as a major trade war.  However, and with all politics aside, if the United States was ever going to put a line in the sand about other economies taking advantage of us this would be a unique time to do it because things are so strong.

If the economy is heading toward a recession, the primary reason is that the Gross Domestic Products (GDP) will contract two quarters in a row.  Unfortunately, the data released on September 3, 2019 shows that US manufacturing in August contracted for the first time in three years.  While other major global economies had started contracting about six months ago, this is an indication that the US economy may be catching up to the global economies.

The graphic below illustrates the first contraction of US manufacturing in three years. 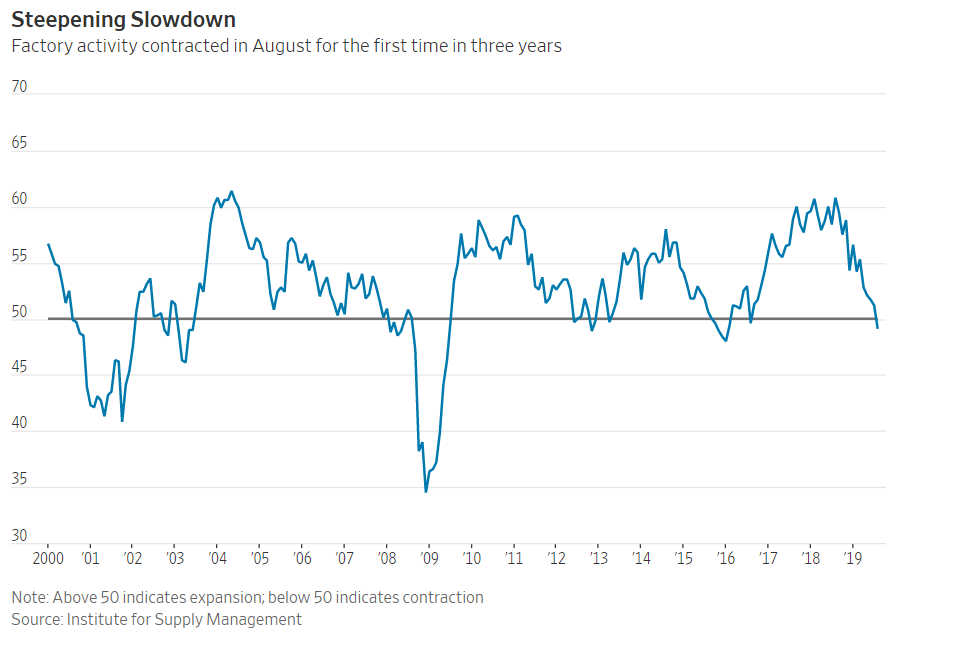 So how can these two things co-exist at the same time?  How can business leaders utilize business acumen skills make the right decisions for their businesses?

I have a theory; this isn’t your grandpa’s economy anymore.  What that means is the new generation, the generation of Millennials who have 2+ income living arrangements:

What it Means and What Business Leaders Should Do

As we share in our business simulation workshops, business acumen is a skill that enables you to look as business data and make the right business decisions in support of your strategy. Based on the facts and my theory, here are 3 Business Acumen-based suggestions on what to do given the information I’ve shared:

My first suggestion is to buy raw materials, products, and other important services early rather than later.  Given the economic information prices are almost certain to increase slightly and if you want to optimize your profitability you will want to spend operating dollars now before it’s too late.

My second suggestion is to continue to make capital investments and spend your budgets not before costs escalate.  One of the most interesting observations I have when conducting business acumen workshops is that too many participants think that a slight increase in capital costs have no impact on the business. But think about it this way; if your capital expenditures are worth just 2% less (because of rising costs) on a budget of $2 billion it’s equivalent to losing $40,000,000.

All of the data indicates that there will not be a significant recession that will require significant layoffs.  It will be a huge mistake for companies to lose sight of the most important asset that is driving their business; their human capital.  One of the most significant differentiators you can have is world-class talent development programs and systems to keep your talent performing and retained.