How Apple is Solving the Business Innovation Challenge

The team of dedicated consultants at Advantexe is like most consumers; we are very uncomfortable being tracked by third party organizations through our mobile phones. And until recently – when we began researching for this blog - we didn’t really have a good idea of what is going on behind the scenes regarding tracking.  However, a Bloomberg BuisnessWeek’s article about Apple has us thinking about business strategy, business innovation, product leadership, and the intersection of strategy execution with personal privacy and the future of relationships that retail stores are going to have with their customers. 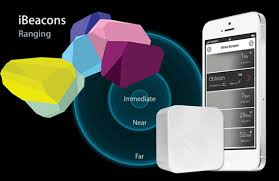 The Bloomberg story shares some of the science behind mobile phones and how certain third party technologies are able to pick up the pings of a smartphone looking for a network and use the information to market directly to the consumer. For example, you may be in your favorite retail store and all of a sudden you get a text that shoes are on sale. In your euphoria to buy some more shoes, you forget to wonder how they knew you were in the store and perhaps needed some new shoes. The answer is the store – through third party tracking technology – was able to pick up you smartphone signal looking for a network to join, analyze your phone, and make a smart decision about who you are and what you might want to buy.

But all of this is about to change for Apple and the iPhones. Apple is shutting down the original tracking system in iPhones and replacing it with iBeacon—a tracker that works through Bluetooth low energy and gives users the option to be tracked or not. As we mentioned, the purpose of having tracking systems in mobile devices is to watch shoppers’ activities and market specific products towards them. Companies track shoppers by analyzing MAC addresses assigned to their phones, but iBeacon is much more appealing to shoppers who value privacy.

According to the article, tracking MAC addresses are not as useful as companies like to think. In fact, it lacks the idea of customer interaction that iBeacon has effectively captured. One of iBeacon’s functions is linking to apps that are downloaded on the users’ iPhones to give shoppers a more personal experience. This way, people receive advertisements that are directly related to their interests. Users also have the option to stop using iBeacon any time they want by properly uninstalling the app.

The main reason iBeacon has become so successful even in its infancy is because of Apple’s ability to leverage strong Business Acumen and execute true product leadership. Product Leadership is defined as investing in solutions that off unique value that is wanted by customers looking to be early adopters and innovators. By eliminating the tracking system other companies are using and offering a more attractive alternative, Apple is strengthening its product leadership position and its customer relationships while making it more difficult for other businesses to compete. In addition, Apple has been profiting from iBeacon by selling it as hardware since May 2014.

So what is iBeacon, what is their value proposition, and will this be sustainable? Some news from the iBeacon website (http://www.ibeacon.com/inmarket-ibeacon-safeway-giant-eagle/) illustrates very strong business acumen skills. In this release, they are developing deep relationships with several of the largest food retailers in the country and creating win-win-win relationships with all.

iBeacon is still a fairly new technology, but it could eventually turn out to be one of the best marketing tools involving location-based information ever invented.

So now we need to think about market leadership. Can iBeacon/Apple establish market dominance and a strong brand or will they fall victim to fast followers?

As it turns out, other companies are trying to move in a similar direction. PayPal is currently developing its own technology called “PayPal Beacon” to compete with Apple. It makes sense for companies to come up with their own forms of similar tracking technology to keep up with an innovative business such as Apple.

Apple’s iBeacon is attracting more shoppers by allowing them privacy and is more useful than tracking MAC addresses. I believe more businesses, in addition to PayPal, will start following Apple in creating personalized marketing technology, especially as iBeacon continues to grow.

As with all of our blogs – which are read by over 1,000 people a week – we love to share a summary and a take-away.  The interesting lesson here is that innovation that is blind to the needs and desires of customers is not a good tactic for long-term success.  In addition, the fact that Apple is able to pivot their strategy shows that agility and nimbleness are still as important as ever.  There is a lot written about agility, and we think this business acumen case study shows that agility has to be the catalyst for innovation.