One of the longest used and most successful forms of training is the traditional role play exercise. The 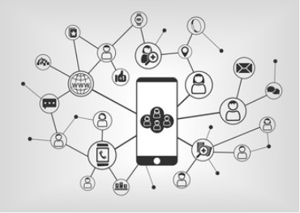 role play can be used for many different types of skill building where practice of a dialogue is required. The most popular types of role plays include Coaching and Selling exercises where multiple repetition and feedback can dramatically improve performance.

There is an old training saying that goes “nobody ever got better by practicing less” and role plays can be a very effective and cost-efficient way of practicing and developing skills. To be successful, great role play exercises must have strong structure and content.  For example, I just finished developing a new GROW Coaching learning journey for one of our clients that features a digital business simulation for learning and role plays for practice.  About 50% of the entire learning journey is role play based where participants work with a partner to practice different elements of the GROW model such as having conversations on goals, realities, options, and a way forward.

Challenges of the Traditional Role Play

As great as a live role play can be, their effectiveness has limits.  As someone who has used role plays for many years, I know the two primary limits are scalability and note taking.

Scalability is an issue because good role plays are human time intensive and most of the time they are executed in pairs or triads. In each instance, a good role play needs a moderator to observe and give feedback which further dilutes the efficiency.  The other big challenge is good note taking.  A typical role play takes 3-5 minutes and should be observed by a great note taker who can capture key moments and critical learnings.  Unfortunately, I have found that good note taking during a role play exercise is a lost art and a lack of good notes can severely diminish the effectiveness.

The talent development industry has been slow to react to disruptive technologies which means there are significant opportunities to enhance many of the antiquated formats of learning like to role play.

I recently had the opportunity to integrate a digital role play technology into a leadership development program and I am thrilled to share that it was everything I expected and more.  The sophisticated technology is easy to use and very effective.  Basically, participants of the role play open their laptops or smartphones, log into the platform, and then engage in a role play exercise that is recorded into the cloud.  At the end of the exercise, participants used a built-in scoring rubric to score the role play. One of the great things about the digital role play is the video. “At the 2-minute mark you asked a great question about my goals, but then you didn’t let me answer or develop my thoughts” was one of the interesting outcomes of the feedback.

While the actual live experience was extremely useful, there are other great benefits including: