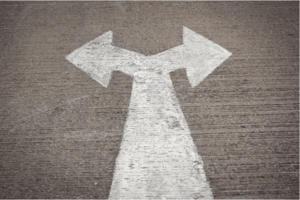 the Investor Call.”  The Decoding the Investor call is where our teams of Business Analysts and Consultants listen to a company’s investor call and then “breaks it down” and decodes it much like a coach of a sports team breaks down game film to learn about the elements of the game, what went right, and what needs improvement.

Over that past week, we have delivered a portfolio of Decoding the Investor calls to our clients and have poured through hundreds of reports to get our arms around what’s happening and what does it all mean. This blog will share three of our most significant insights and talk about the implications from a Business Acumen perspective.

Observation #1: Q1 Revenues and Profits were only slightly impacted for many businesses

When you think about it and do the math, the last “normal day of business” was Friday March 20, 2020. After that, all travel stopped, offices were closed, and most Americans, except for essential employees and the brave healthcare workers, went into quarantine. That really means that two-thirds of the quarter was already “in the books” and much of the first two weeks of April was also in process in terms of revenue and shipments. The industries that were hit the hardest are the ones that have the most daily transactions such as retail, restaurants, automobiles sales and service, primary care visits, surgeries, and so on. Many of the 20 million Americans who have lost their jobs come from these industries. However, it’s also important to point out that industries that supply consumer packaged goods, food to supermarkets, and cleaning supplies did better than expected.

In summary, for most organizations that sell on terms, such as 45, 60, or 90 days, it was business as usual for the first two and a half months of the quarter and what I noticed was a bit of a relief from most of the CEOs delivering their investor call in terms of the overall revenues and profits of Q1.

Observation #2: Q2 Results are going to be very tough

April, May, and June are going to be brutal in terms of the impact of the COVOD-19 crisis on corporate revenues and earnings. Q2 is going to feel the full brunt of the impact and for the majority of organizations it is not going to be pretty.  The typical business is going to see revenues drop anywhere between 10%-50% for Q2 2020 compared to Q2 2019. The drop in revenues will correlate directly to a decrease in bottom line profits. Aggressive companies began to cut expenses like head count as soon as they could (so much for loyalty to employees) so they could ease their losses financial losses. Most of those aggressive companies who terminated or furloughed large numbers of employees may find it difficult hiring them back and if they do come back, how motivated and engaged will they really be?

Observation #3: It’s going to be a while…and CEO’s are nervous

Things are now starting to “open back up,” but it’s going to be some time until the US economy and the global economy is back to the healthy growth it was having before the pandemic.  I read an interesting study by two economist (Andrew Chen and Jie Young) who listened to a lot more investor calls than I did and used artificial intelligence to gauge the direction of the calls. 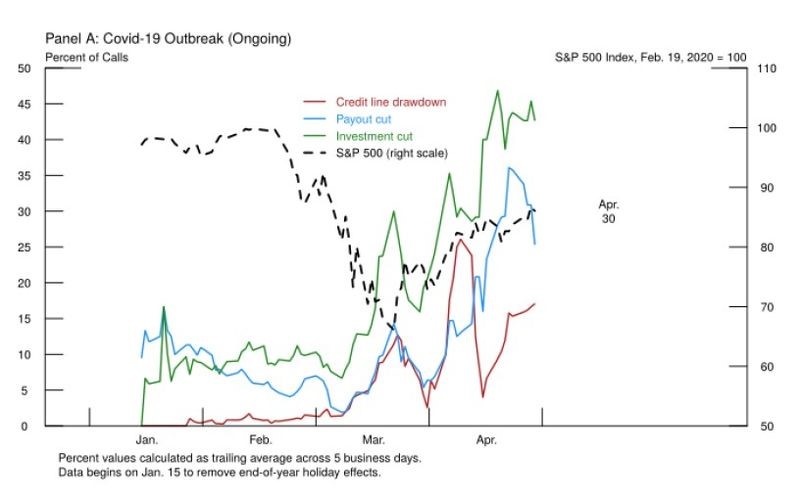 Source: “Financing Concerns in April 2020 Appear Worse Than in 2008 Based on Earnings Calls” by Andrew Y. Chen and Jie Yang

Their research indicates that many companies are going to make significant cutbacks in investments and spending to make up to lost revenues. Most organizations are restating their guidance, and some range from going into bankruptcy (Nieman Marcus) to revenues and profits being reduced by 15%-30% on an annualized basis.

In summary, every crisis impacts the economy in different ways. Unfortunately, our economy has never had to face anything like a total shutdown as we’ve had during the past 6 weeks. From the sounds of the investor calls, there is a lot of skepticism and that skepticism is being driven by the unknows. It was easy to figure out the that the cause of the 2008 financial crisis was greed and stupidity. It took a while to fix but it was easily fixed when then issues were identified. Now, there is the wild card of the virus. Will it come back? Will it mutate? Will it die out during the summer? Will there be a cure? These are questions CEOs have never had to face and the early indications are they are playing it scared.