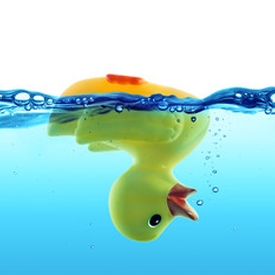 can sprinkle on a bunch of underperforming employees who you’ve recently been assigned to lead that will turn them into rock stars.

For whatever the reasons, you have been brought in to fix a mess.  It could be stretch assignment, you could be seen as the “fixer”, or you could be really unlucky.  To add to the difficulty of the challenge, you know simply firing them all is very hard because of the HR rules for termination and the fact that the work still must get done.  Acknowledge the reality; you may be stuck with them for as long as you in in the position.

Based on leadership research, a lot of conversations with leaders in the business environment, and a few beers outside of the work environment, I share with you a practical list of 10 leadership tips that you  can do to take a team of underperformers and turn them into average performers.  That in and of itself could be a major victory for you and your career.

1 - Focus them on big picture

When taking over a group of underperformers, they will most likely fall into one of three categories; depressed, clueless, or depressed and clueless. Most of what they do in a day will be focused on small tasks that aren’t done well and are out of alignment.  Pulling them out of the quagmire and back to seeing the big picture can help focus their work on what’s most important and that’s delivering your value proposition to your customers.

When going from the big picture to the work that must be done, be super-specific.  Take the time to painstakingly direct and delegate the aligned tasks.  Break it down into the smallest accomplishments and include times, dates, and expected levels of quality.   Review the results frequently and provide open and transparent feedback and coaching.

3 - Get to know the team and their styles individually

Invest the time to get to know the team on an individual basis with a focus on their personality styles so you can decode their motivators, strengths, and weaknesses.

5 - Do something big to shake them up

Once you’ve had the opportunity to get to know the people and the team, do something big to shake them up.  Ideas could include rearranging the physical office environment, reassigning job responsibilities, or conducting a teambuilding training workshop.

6 - Build trust through transparency and walking the talk

An underperforming team probably is also having trust problems with leadership.  Whether real or perceived, it’s the reality you are dealing with.  Do everything possible to be a straight shooter and build trust by being transparent and walking the talk.

Replacing the entire team is impossible, but replacing the weakest link on the team needs to be a top priority.  After you’ve taken the time to understand the team and the issues, identify the most significant underperformer and do everything possible to replace that person.

A significant driver of underperformance is a lack of training, skills, and tools.  After you’ve created some stability, identify the biggest skill gap and do everything possible to get the training and tools needed to close that gap.  Even incremental skills can make a big difference and make sure you are focusing on just one.

9 - Recognize small wins and successes but don’t overdo it

All the leadership literature tells you to celebrate success.  When taking over an underperforming team that is important, but don’t overdo it.  Recognize the small wins with modest celebration but set a tone that doing one’s job is an expectation and there isn’t a gold star for every task completed.

10 - Make sure you have a support system

When leading an underperforming team, there will be days when you think to yourself it’s a lost cause.  One of the most important things you can do for yourself is to create a support system of people to talk with and help you through the tough times.  Your support system could include your manager, peers, or experts outside of the company.  Check in with someone at least once a week and don’t be afraid to vent in the moment when it gets too overwhelming.